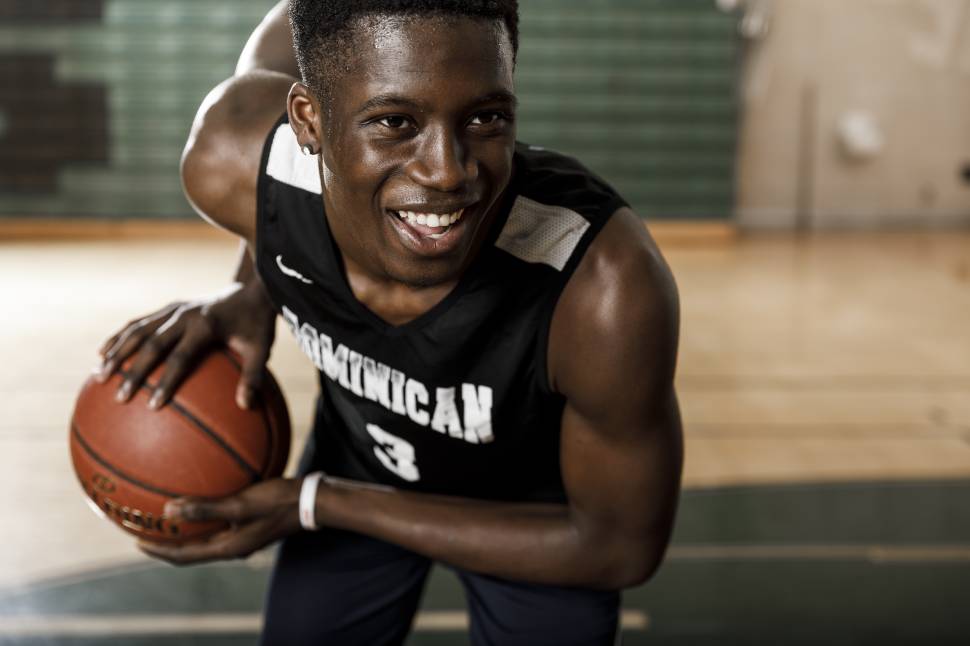 Giannis Antetokounmpo leans against a table at the Bucks practice facility in downtown Milwaukee and watches a boy dribble. The boy’s legs turn into scissors as he slices a basketball between them. A white band that says “God is here” dangles from the boy’s wrist, seeming to further lengthen his 7’2″ wingspan. He is 6’7″ and crafty. Energetic. Probably because he knows Giannis is watching.

The boy starts toward the hoop from the three-point line and softly lays the ball in. Too softly. Giannis’ eyes narrow. His shoulders stiffen. There’s a sense of urgency. Always is when he watches 17-year-old Alex Antetokounmpo, his youngest brother, the one he nurtures, protects and mentors, almost like a father would. “I get more nervous going to watch Alex play in a high school game than playing in the Eastern Conference Finals,” Giannis says, his head tilting, tracking the flight of Alex’s next jumper on this June afternoon. (READ FULL STORY HERE).