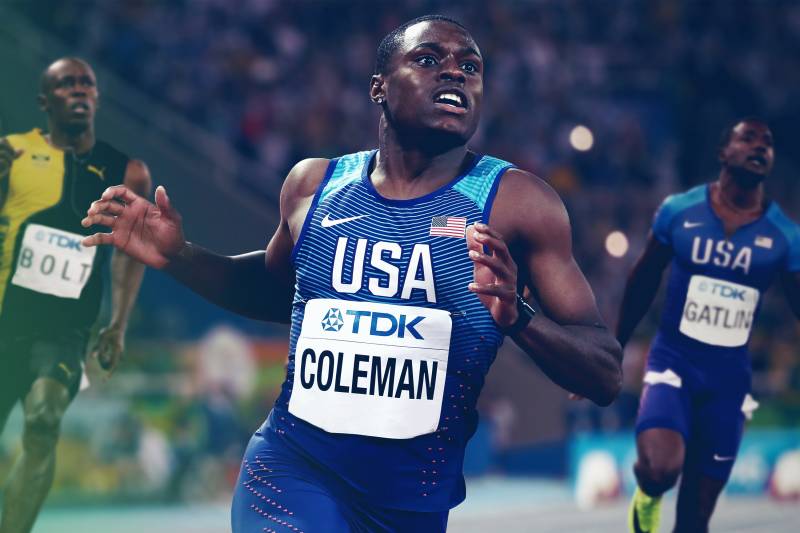 Earlier this year, folks were whispering that Christian Coleman was in line to become the next great American sprinter. They were calling him “The Next Bolt.”

In November, he blazed past Usain Bolt at the IAAF World Championships in London, stunningly ending Bolt’s 45-race win streak during the semifinals of the 100 meters and finishing ahead of Bolt (but behind Justin Gatlin) again in the final. Then in February, about two weeks before his 22nd birthday, Coleman became the world record holder in the 60-meter indoor, running a time of 6.34 at the U.S. Indoor Championships in Albuquerque to shatter Maurice Greene’s 20-year-old mark of 6.39.

Coleman had already unofficially beaten Greene’s time in January, and he would beat it again in March. It was a stretch of utter domination that forced the world to take notice.

Now, only months later, the hype has been replaced with doubt.

He hears it all.

Coleman’s run ended with a second-place finish in the 100 at the Prefontaine Classic in late May and a fourth-place finish at the Rome Diamond League meet less than a week later. Worse, he was battling a right hamstring injury during that stretch. It cramped and locked, and it caused all of his momentum to halt.

He struggled to hold on to his lead in Oregon as Ronnie Baker pulled away in the final 20 meters. But the recent Rome loss? That was frustrating. And motivating.

“It was a wake-up call for me,” Coleman says. (READ FULL STORY HERE).