Attack. That’s all Brandon Ingram is thinking. He sees LeBron James dribbling at the top of the key, crossing over, left to right. Ingram approaches James and crouches down into a defensive stance. Tiny Dog versus The King. Yes, Lakers players still call Ingram “Tiny Dog”—”Tiny” because, as a rookie, he was so skinny, so light that he looked like he might blow away in the wind. “Dog” because he isn’t afraid to challenge anyone. Not even LeBron. Tiny Dog bends low, steadying his gaze on The King’s stomach. He swarms him with his gangly arms fully extended. He wants to make him feel his 7’3” wingspan, to make the words scrawled on his arms look close enough to read. It doesn’t matter. LeBron torches him from every spot he chooses. Ingram closes out to play him tightly. He slides his feet quickly. But LeBron hits one shot after another. On offense, Ingram gets solid looks. But his jumpers miss short, and he is unable to fall into a rhythm.

The 6 a.m. flight from Vegas to New York is brutal. But Liz Cambage is trying to make light of it. The 6’8’’ All-Star center from Australia is seated window-side, in emergency row 19, which offers a bit of a relief in terms of leg room. Elbow room is another story. It’s a three-seater. Her teammate JiSu Park, a 6’5’’ center from South Korea, sits two seats over, sticking her white Fila sneakers out into the aisle. A woman with blond hair is sandwiched between the two. When the flight attendant asks if they are comfortable performing emergency-exit duties, Cambage belts out an enthusiastic, “Yasssssss.” It’s the beginning of a four-game road trip. The Aces are brimming with talent, but as the flight progresses it is clear that they’re also drained. Disoriented. Last night, a 7.1 earthquake shook Mandalay Bay Events Center, causing the Jumbotron to sway for nearly 15 Mississippi’s.

The Herro family woke up around 9:30 a.m. one morning and saw red—everywhere. Red spray paint on the side yard. Red spray paint on the green grass. Red spray paint on the tree branches, which, for good measure, were also laced with toilet paper. FUCK B.B.N.! GO WISCONSIN! the spray paint read, on that summer day last year. Then there were handwritten letters, routinely delivered to Tyler Herro’s high school, Whitnall of Wisconsin. His coach, Travis Riesop, carefully combed through them. Most were too vile to let Tyler, then a senior, read. One was from a man who said he hoped Herro injured his leg the way Gordon Hayward did—a particularly gruesome fracture. 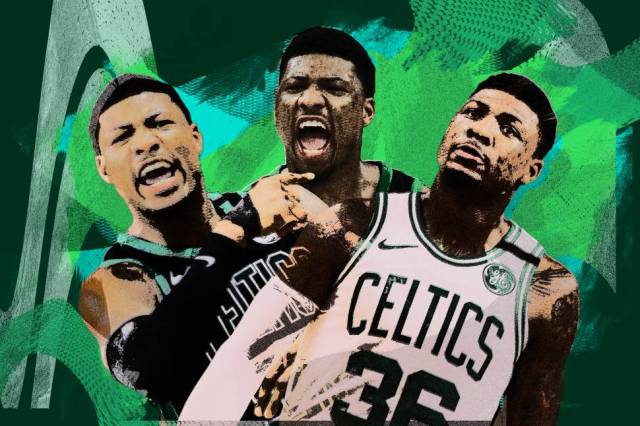 Marcus Smart doesn’t take his eyes off the court. Not once.      Seated under the basket, he’s polite—warm, even—in answering questions on this February morning. But a faint scowl lines his face. Not in a rude way. In a how can you stare at a court and not want to tear it up? kind of way. It’s 10 minutes before shootaround. Nine hours until the Celtics play the Cavaliers in Cleveland. But when Smart is near a court, he loses track of time. Loses himself between the lines. Enough talking. He’d fly off his chair right now and chase down a loose ball if he could. Screw his knees. His ankles. His arms. His back. Any ligament or joint in his body, really. If a ball is rolling, Smart is diving. 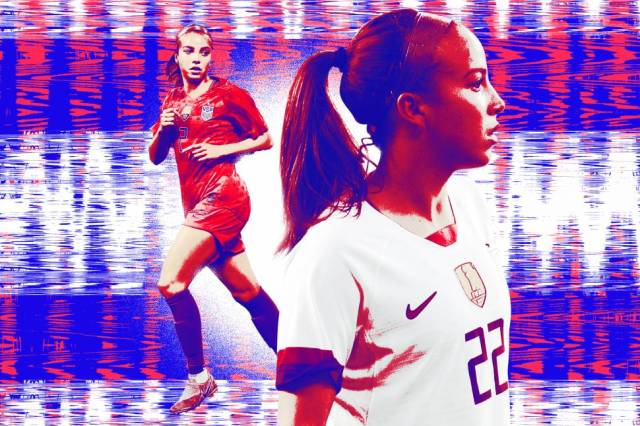 Soccer wasn’t a space she had to be perfect in. She didn’t worry about failure. She just saw green—endless green—as she dribbled ahead, faster, faster. No thinking. Just flying. That was nine years ago. She isn’t 12 anymore. She’s 21 and coming to terms with who she is, where she is right now. She’s inked sponsorships with the likes of Nike and Gatorade, but she’s more of an X-factor than superstar on a team that hopes to repeat as champion at the World Cup, which starts this month in France. She’s competing for playing time with veteran forwards like Morgan, Carli Lloyd, Tobin Heath and Megan Rapinoe. It’s unclear if Pugh will come off the bench. That’s a lot to metabolize. A lot to think about. “There is a piece of her that has had to grow up,” says Sterling Joseph, her strength and conditioning coach. “In previous years, she’d just come in there with her eyes closed and just play, pretty much. And now, it’s different. It’s not like that.” 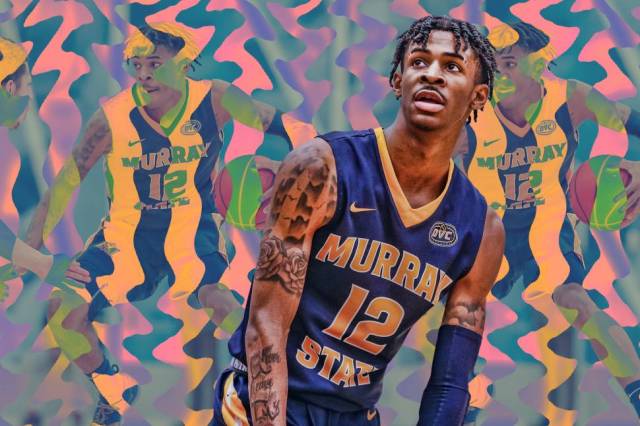 Matt McMahon, Murray State’s head coach, calls for Morant. McMahon is suddenly a point guard, not the coach. He skips up the court and motions for Morant to cut to the basket. Morant beelines to the free-throw stripe. Flying into the air, he takes a pass from McMahon and flushes the ball down through the hoop.
Morant screams. McMahon squeals, practically giddy to be sharing the court with college basketball’s most dynamic player. Even a coach can get caught up in it. That fun. That electricity. That high. Morant makes you believe you’re better than you are. More confident. More dangerous. You hold your follow-through a little bit longer. You puff your chest out a little bit farther. 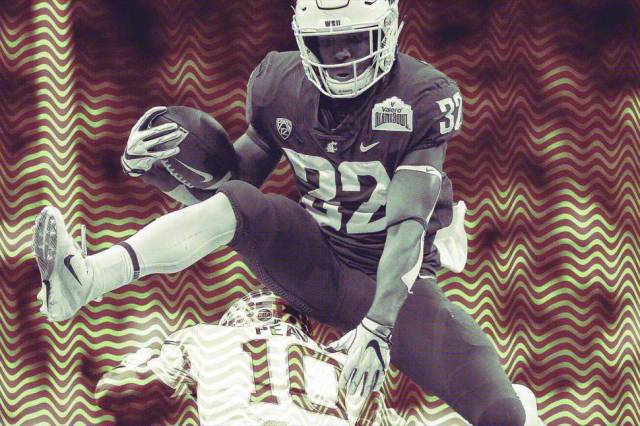 James “Boobie” Williams is sitting on a plush black chair in the Green Bay Packers’ players lounge. His hands are clasped, his mind busy. The undrafted running back out of Washington State just worked out for an hour, hoping to impress Green Bay’s staff into signing him. A member of the staff tells him make yourself at home while they deliberate—but how can he make himself at home when he does not have a home, a meaning, a team? When all of this could end tomorrow? End in an hour? So he sits and waits, sits and waits, here on this afternoon in Green Bay in late July, staring at the five flat-screen TVs surrounding him. The Pop-A-Shot machine in the corner. The pool table in the middle. All of it feels like some strange fantasy: being in the room but not quite being in the room. “I don’t know how it’s going to go,” Williams says. His mind wanders. Re-plays every drill in his head, hoping it will be enough. Fearing that it will not. 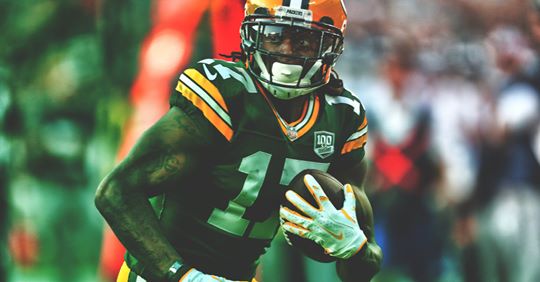 Davante Adams finally takes a breath, cozying into a chair in his kitchen. There are guests to call, boxes to unpack, furniture to re-arrange here in his new home in Danville, California. But his mind quiets as a woman comes over and drapes a towel around his shoulders. Ebonie Hegwood, a longtime family friend, begins braiding his hair. Twisting, tightening, patting, prodding, she works each section with the precision of a surgeon and the warmth of a mother.

Tariq Owens was tall and skinny and uncoordinated but determined. He was 12 years old and a skilled football player, losing maybe two games in four years with his Pop Warner team in Baltimore. But then his legs decided they wanted to be longer. His knees chose to creak in anticipation. His body just shot up and up and up, and soon he woke up at 6 feet. And where do 6-foot middle schoolers go? “Dad,” he said, sitting in the family’s living room. “I want to play basketball.” Renard Owens had been waiting to hear those words since the day his son was born. Growing up, nothing in life had made Renard feel the way he felt on the basketball court: calm and powerful and in love. 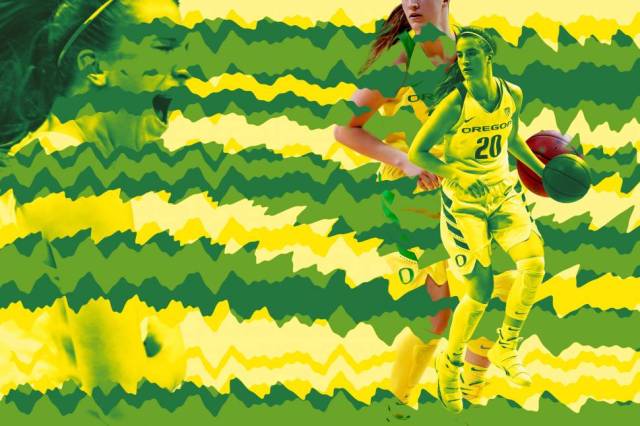 Sabrina Ionescu gets nervous. Too nervous to sleep. Lying in her bed, wrapped in her gray blankets, she’ll try to meditate. Inhale, exhale. Inhale, exhale. Doesn’t work. She’ll turn over right, then turn over left. Right, left. Right, left. Still nothing. She hardly sleeps during the season. Especially nights before games. The thoughts will just get louder in her head. What if we don’t win? We have to win. What if my shot’s off? How are they going to guard me? 2 a.m. … She’ll replay mistakes she can’t let go of, losses she’s still ticked off about.