Attack. That’s all Brandon Ingram is thinking. He sees LeBron James dribbling at the top of the key, crossing over, left to right. Ingram approaches James and crouches down into a defensive stance. Tiny Dog versus The King. Yes, Lakers players still call Ingram “Tiny Dog”—”Tiny” because, as a rookie, he was so skinny, so light that he looked like he might blow away in the wind. “Dog” because he isn’t afraid to challenge anyone. Not even LeBron. Tiny Dog bends low, steadying his gaze on The King’s stomach. He swarms him with his gangly arms fully extended. He wants to make him feel his 7’3” wingspan, to make the words scrawled on his arms look close enough to read. It doesn’t matter. LeBron torches him from every spot he chooses. Ingram closes out to play him tightly. He slides his feet quickly. But LeBron hits one shot after another. On offense, Ingram gets solid looks. But his jumpers miss short, and he is unable to fall into a rhythm. 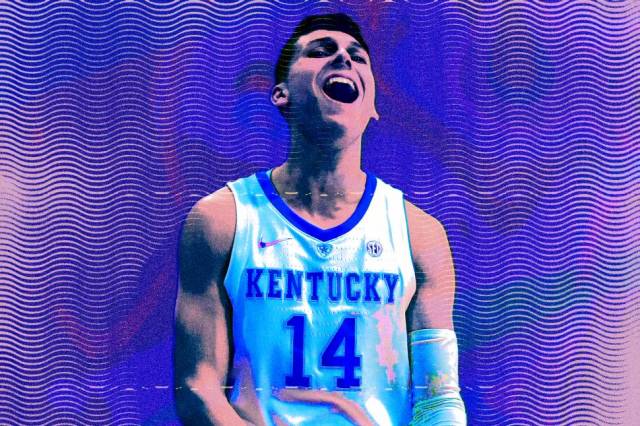 The Herro family woke up around 9:30 a.m. one morning and saw red—everywhere. Red spray paint on the side yard. Red spray paint on the green grass. Red spray paint on the tree branches, which, for good measure, were also laced with toilet paper. FUCK B.B.N.! GO WISCONSIN! the spray paint read, on that summer day last year. Then there were handwritten letters, routinely delivered to Tyler Herro’s high school, Whitnall of Wisconsin. His coach, Travis Riesop, carefully combed through them. Most were too vile to let Tyler, then a senior, read. One was from a man who said he hoped Herro injured his leg the way Gordon Hayward did—a particularly gruesome fracture.

Marcus Smart doesn’t take his eyes off the court. Not once.      Seated under the basket, he’s polite—warm, even—in answering questions on this February morning. But a faint scowl lines his face. Not in a rude way. In a how can you stare at a court and not want to tear it up? kind of way. It’s 10 minutes before shootaround. Nine hours until the Celtics play the Cavaliers in Cleveland. But when Smart is near a court, he loses track of time. Loses himself between the lines. Enough talking. He’d fly off his chair right now and chase down a loose ball if he could. Screw his knees. His ankles. His arms. His back. Any ligament or joint in his body, really. If a ball is rolling, Smart is diving. 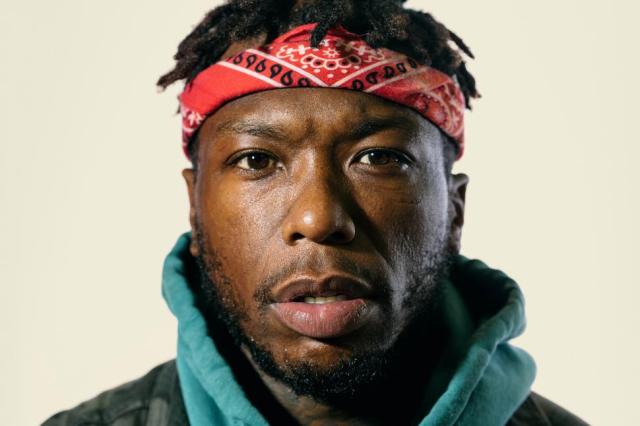 Robinson was the living, breathing, “Break Glass in Case of Emergency” lever teams would pull to inject energy when in a jam. But Robinson’s overflowing personality also irritated NBA coaches. Some found him disruptive and immature, especially during his early years in the league. He was the exclamation point and the run-on sentence; the behind-the-back dime when a simple chest pass would have sufficed.

Jalen Green can’t go to Fashion Fair Mall here in Fresno, California, without fans spotting him. “Is that Jalen Green?!” they scream. He smiles and nods shyly as they rush to his side, looking like ants next to his gangly 6’6″-and-still-growing frame. “Can we get a picture, Jalen?!” Kids at his school, San Joaquin Memorial, take pictures of him even when he’s not looking, thinking he doesn’t see them. But he does. He’s keenly aware of the eyes that are always on him, the arms that are always reaching for him.

Romeo Langford is clanking step-back after step-back at the elbow with his trainer, Dion Lee, here at Central High School in Louisville. Langford’s poker face doesn’t break. But Jonathan Jeanty, a family friend looking on, knows Langford is pissed. “He expects to make every shot,” Jeanty says. “He’s kind of a perfectionist.” He’s not flicking his wrist hard enough. It’s been sore since landing awkwardly in a January game. The follow through was one of the first things Tim taught his son. “Romeo, you got to feel it,” he’d say to his young son. “What do you mean, Dad?” “You got to feel it. You got to know it’s going in. It’s a feel thing.” 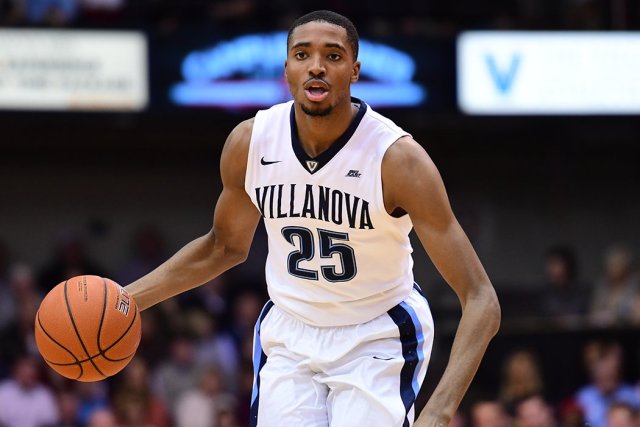 They used to call him Noodles. Inspector Go Go Gadget. String Bean. Brittle (short for Brittle Bones). Praying Mantis. Mikal Bridges was so skinny and lanky and his arms were so long—”freakishly long,” Bridges tells me—that his Villanova teammates roasted him with a range of nicknames. The 6’7” swingman was an easy target then: a freshman. A young freshman (17 years old). About 185 pounds. Gangly shoulders, little head (they called him “Pea-head,” too).